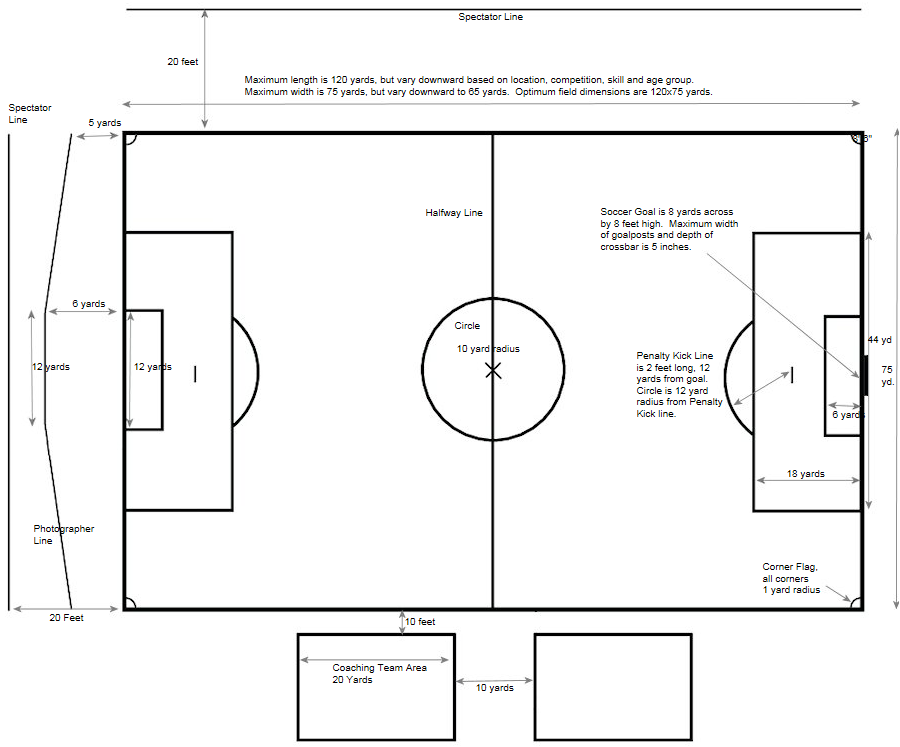 Q:  What are those corner circles areas called?
A:  Corner kicks.

Soccer is the Most Popular Sport in the World

To Americans, the word "football" means the gridiron sport.  To the rest of the globe, though, the word means "soccer." Played in over 200 countries by 250 million players, soccer (or "association football," as it sometimes called) is the most popular sport in the world.

According to the Fédération Internationale de Football Association (FIFA), soccer is actually one of the world's oldest sports.  The competitive game cuju, in which players could use any body part except their hands to kick or send a ball through an opening into a net, was standardized during the Han Dynasty, which reigned from 206 BC to 220 AD.  Rules for the game, which at that time featured two teams of up to 16 players each, were also established during this time period.  The Greeks and Romans also developed games similar to modern soccer around the same time period.

The world's oldest football competition is the FA Cup, which was founded by C. W. Alcock and has been contested by English teams since 1872.  The major international competition today, though, is the World Cup, which is organized by FIFA.  The competition takes place every four years and features as many as 200 national teams in its qualifying tournaments.  The finals involves 32 teams competing over a four-week period.  There are also professional leagues in Europe and America, and soccer has been an Olympic sport since 1900.

In the U.S. alone in 2014, 3,055,148 boys and girls registered to play youth soccer.  Combine those numbers with the huge crowds which not only attend soccer matches all over the world but also watch them online, and it is easy to see why the rest of the globe's version of "football" is the reigning most popular sport in the world today.